Our home is currently pinball obsessed. So much so that we haven’t even made time to blog about it 🙂

I’ll catch up one of these days and document the purchase and minor repairs on a 1980 Black Knight pinball by Williams. We bought it on a whim after attending the Southern Pinball Festival, and now we play it daily 🙂

This post however is about our 2nd pinball machine (kinda…) – a 1976 Fireball Home Edition by Bally.

Fireball was a classic EM (electromechanical) pinball, that was later released as a SS (solid state machine) called Fireball Classic. Fireball has this awesome spinning disc in the middle that changes the trajectory of the ball in play, and is a very cool pinball for its 70s vintage.

Fireball Home is a completely different creature. Bally’s home editions were simplified versions designed for home use only. There is no spinning disc, no coin mechanisms, less lights, less targets, you get the idea. They also made the cabinets out of cheaper wood, many of which have disintegrated by this time. The home editions often get disassembled, as the parts are worth more than a working game.

So given all that, WHY would I buy one?

In my quest to know how things work, I’ve always had a bad habit of taking apart something that works, and then leaving it non-functional for months or years. One trick I’ll use is to buy another one – something less valuable, that I can use for tinkering, and leave the real thing intact. So, when I saw a fully populated playfield for a Fireball Home edition on ebay locally for $135, I grabbed it.

The plan was to clean it, make the lights work, and hang it on the wall somewhere, as a good demonstrator for how pinballs work. “Hey, look, SOLENOIDS!” – so I purposely didn’t buy the MPU (computer), or the giant power transformer. Luckily the backglass had already sold, so I wasn’t tempted. 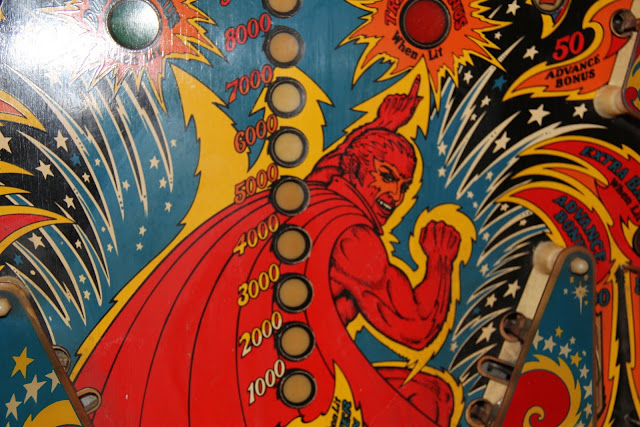 The fact that this wasn’t a great pinball game means that it saw far less play for its age than one of the more popular titles. This playfield has been sitting for a long time however, so it has lots of surface rust, and deposits on the wood and plastics. 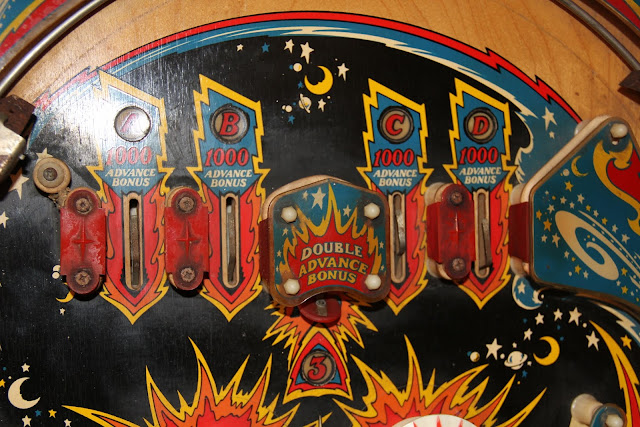 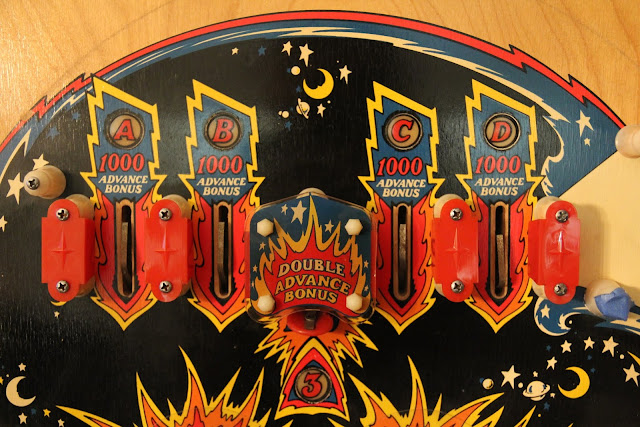 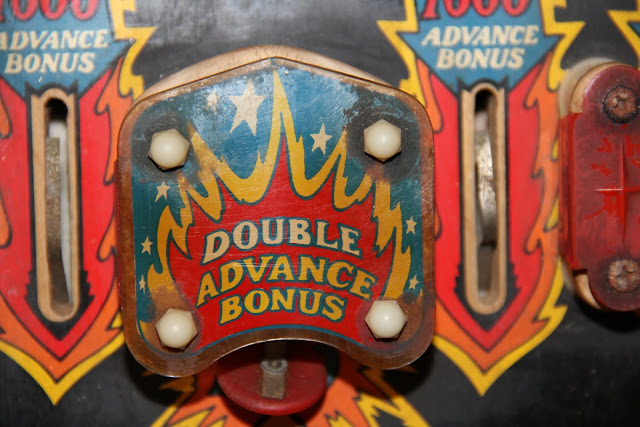 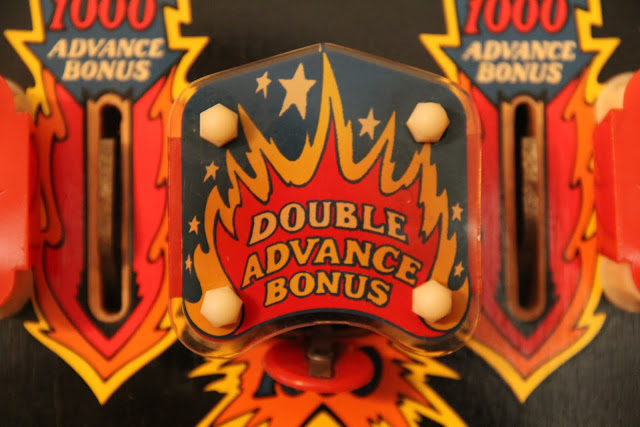 I ordered a full set of rubber from Marco Specialities – clean parts and new rubber will make it look sooo much better.

So far, only two items have broken – they are screws for the top curved metal rail. Not sure if I can drill them out without making a real mess – they may have to be epoxied in.

Still lots of cleaning to go…then we have some fun with electronics.

I found a set of schematics online, confirmed this was a SERIES I version of Fireball Home, and started labeling wires. An hour later, I had labeled all the connectors, tested all the solenoids (only one is frozen!), and was ready to test lamps. Most of the lamps are still good, although the sockets have a lot of surface rust which will need to be cleaned off.

I want to keep the power supply for this as small / light as possible, so instead of ordering new GE147 & 455 bulbs, I ordered LEDs from Cointaker, the same brand that I use in the Black Knight pinball. I ordered the “warm” LEDs with domes for the GI (general illumination) since they are exposed, and then I ordered the super bright “warm” LEDs without dome for the playfield lights with a white insert, and one red, one green, and three orange super bright LEDs without dome for the colored inserts.

Adam is excited about the project, and the new & improved plan calls for interfacing the switch & lamp matrix with a Raspberry Pi, using python to create basic game rules and to display the backglass and scoring on a monitor. Not sure what we will do for a cabinet…