All suspension & braking components have been removed from the subframe. Lots of grime remains. Looks like someone has welded on this thing before – there is lots of weld splatter around the UCA brackets – unless that was common from the factory… 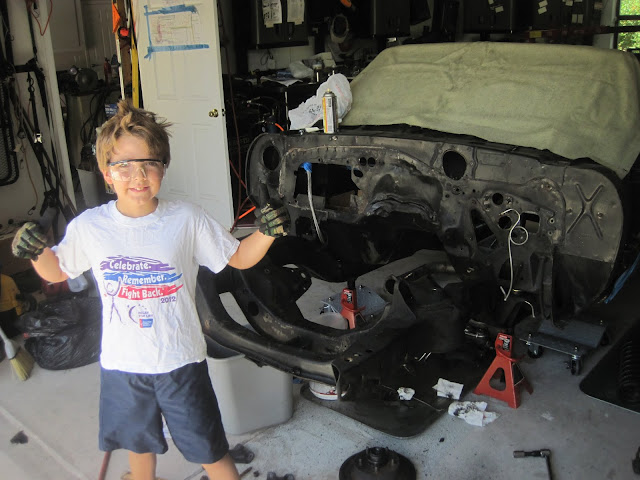 I stopped on the subframe until I could read more about supporting the body while removing the frame, and turned my attention to the firewall. I started locating and removing paint around each hole…this took a loooong time. 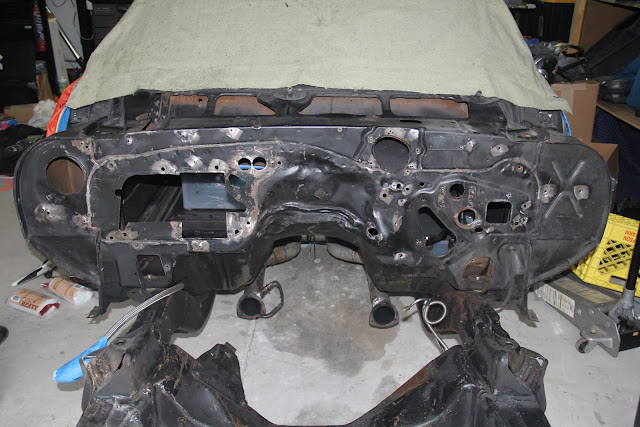 I had some blue painters tape on the inside (bottom of the dash?) showing through one of the holes, and I thought it would make them more visible for photos…so I went back out and made them much more obvious… 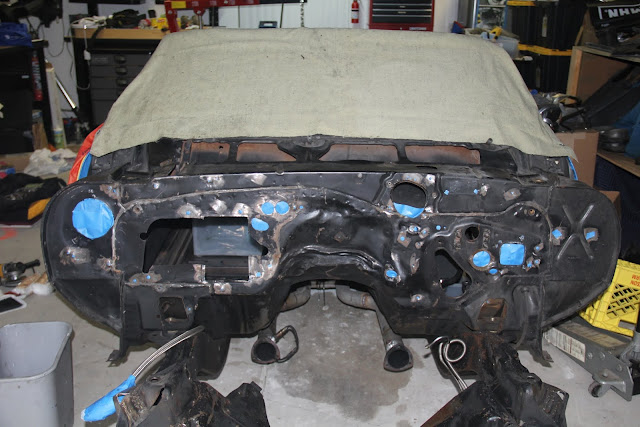 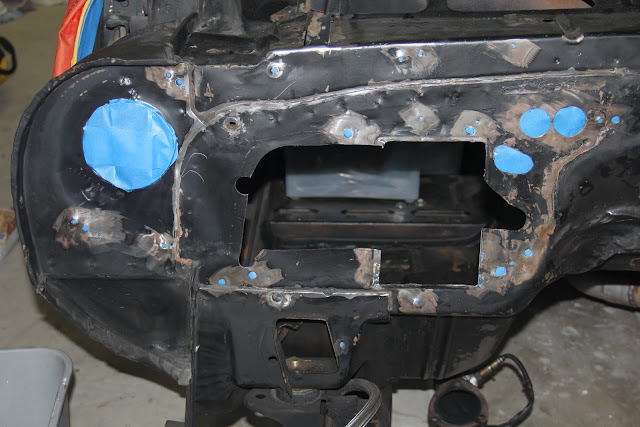 In the shot below, you can see the blue tape covering part of my wiper hole. I learned that the 67 & 68 had different wiper holes (by putting my DSW wiper on and realizing the gasket was a VERY different shape than the hole…), looks like mine is the 68 hole opened up to fit a 67 wiper at some point. This explains all the extra holes around the wiper assembly – the 67 wiper motor had different bolt holes too… I really need to track down the idiots that thought this stuff was acceptable 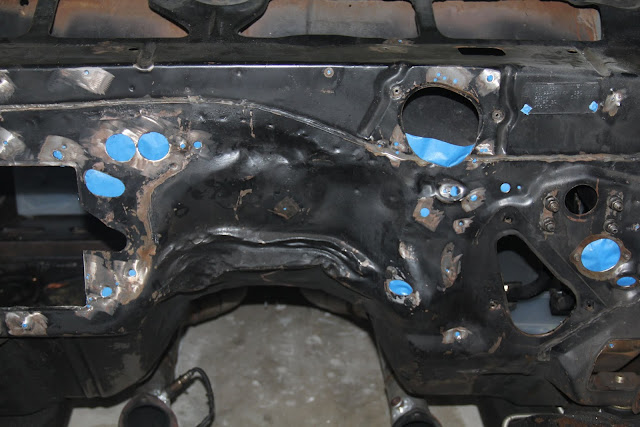 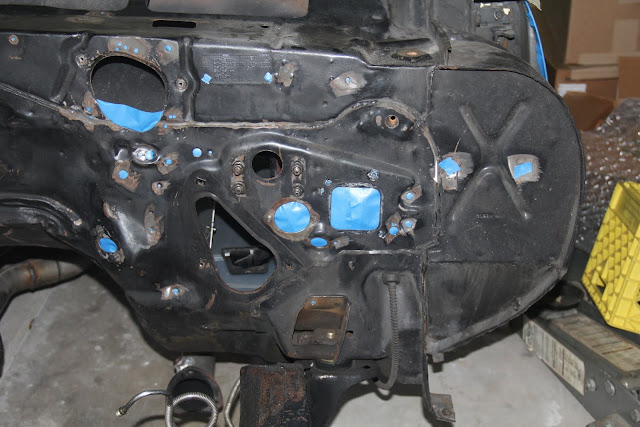 While putting on the blue tape, I found FIVE more holes, that looked like grease smudges but were black RTV or other hardened goop covering a hole. Something tells me I’m not done finding them.

I also found this opening on the passenger side of the inner cowl. It had a crappy piece of nibbled sheet metal screwed & RTV’d over it, so I assumed it was another hack job. While cruising the forums looking at other firewalls, I realized that it was on certain cars, but not others…a mystery…but not for long… NOT_A_TA, and RonC were in the pro-touring.com chat last night and they helped me figure out that it was for a fresh air vent on A/C cars. I’ll likely weld it up since I’ll be closing up so much other stuff. 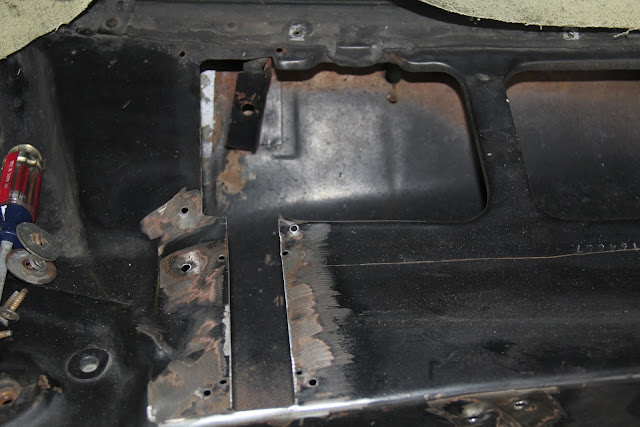 Next up, I need to map out all these holes, make sure I’m not filling up anything important, and start seriously improving my sheet metal skills. Since the big hacked A/C opening will likely be covered by the DSE plate or a larger plate, I’ll start practicing by filling in some of those holes, if I screw them up, it doesn’t matter since I’ll likely be cutting out that area anyway.