We continue to evolve our ’68 Firebird Convertible… I recently started a new project thread over at pro-touring.com and decided that I should post the highlights here as well..

A little history on the car:

It was restored 25+ years ago to a ’68 400 H.O. Firebird, and it was driven / shown around the country. It has been in numerous Muscle Car and Pontiac books – just last week I found yet another book with the car in it. (I promptly bought 2 copies!)

After owning it and showing it in factory form for a number of years, he got the bug and started swapping out factory parts until it was highly modded with a chromed-out, lumpy 455 with a Richmond 6 speed and a 12 bolt with some wide 15″ torque thrusts.

I bought the car in 2004 as the previous owner was selling off his toys to go move to live with his children and grandchildren on a farm in North Florida. He clearly didn’t want to sell, but there were other forces involved, and I was lucky enough to be in the right place at the right time. (Frank at Prodigy tried to buy it from him several months earlier and was told no…so I got lucky…) I’d been looking for a Chevelle convertible, and but really liked the size of the Firebird when I found it, so I grabbed it. The fact that it was already modded meant I didn’t have to worry about “molesting” an original car. 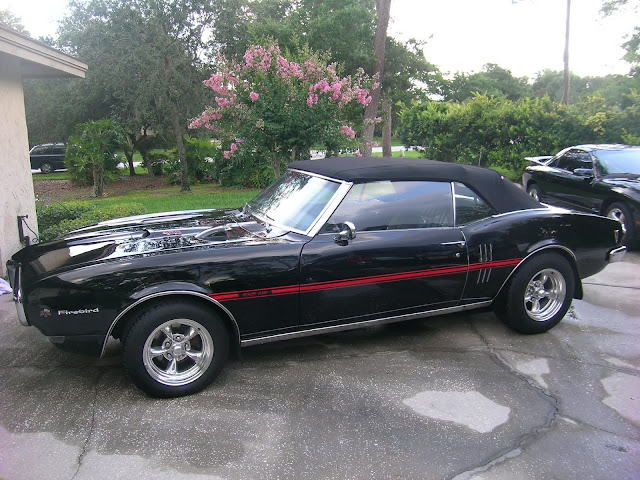 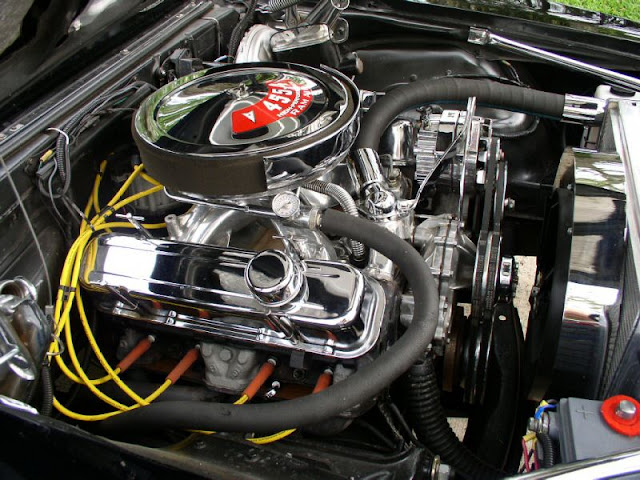 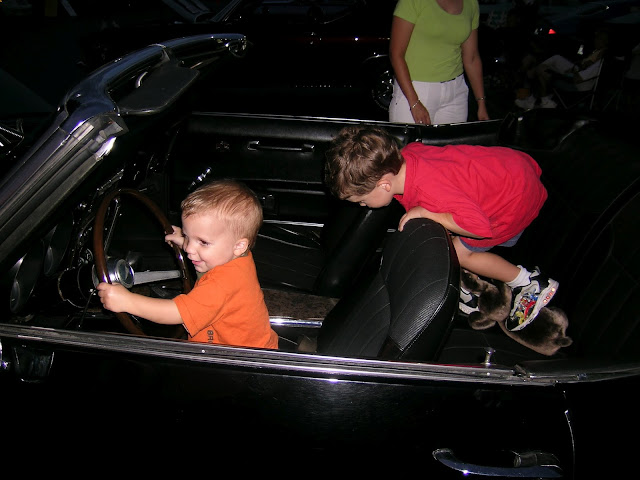 Later, I started modding the car further, not fixing things as much as doing them as I would have done them. For example, I replaced this strange half-ass routed hard fuel line with some decent braided line, a proper filter, and carb inlet. I’d previously owned a 75 camaro, an 83 camaro, and an 82 vette, so I’d done my share of basics, up to an engine build / swap and a full suspension upgrade on the ’83 camaro.

One day the clutch started acting up, and the more I looked, the more I realized I needed a pro to look over driveline angles, etc – so the car went to Frank at Prodigy where we installed a new clutch setup, built a proper crossmember, redid the exhaust, added an ignition box & MSD distributor, some good wires, replaced the body bushings (which were pretty non-existent), changed to a DSE steering box, etc. These mods made the car WAY more enjoyable (lots of slop that I attributed to old design were simply poor implementation of the previous mods, and some missing rubber on the body bushings!) 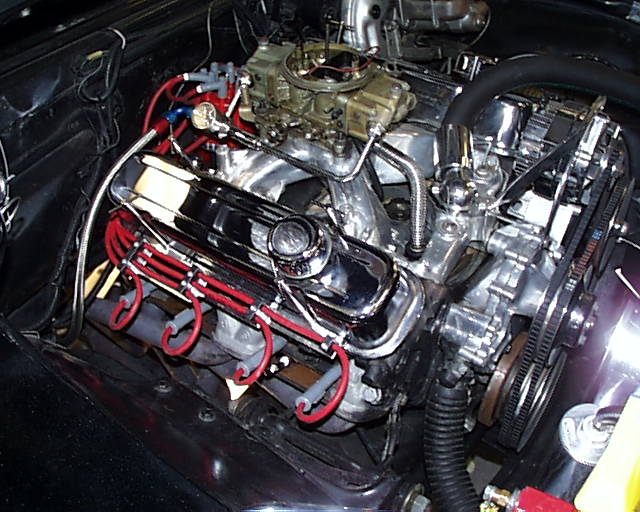 The Torque thrusts were too wide and rubbed in the rear, and I didn’t care for the 15″ any more – AND I wanted to change the look of the car a bit (People knew the prior owner since he was at local shows on a regular basis, and I needed to make the car more visually “mine”) – so I grabbed some inexpensive Hot Wheels Sixty Eights. My boys LOVED the fact that the car had “Hot Wheels” 🙂 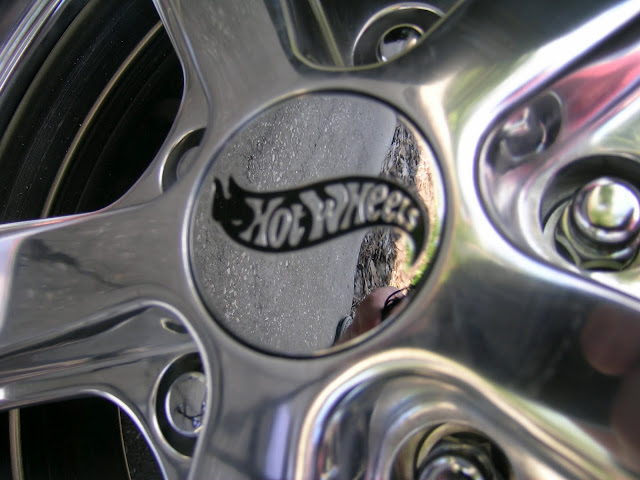 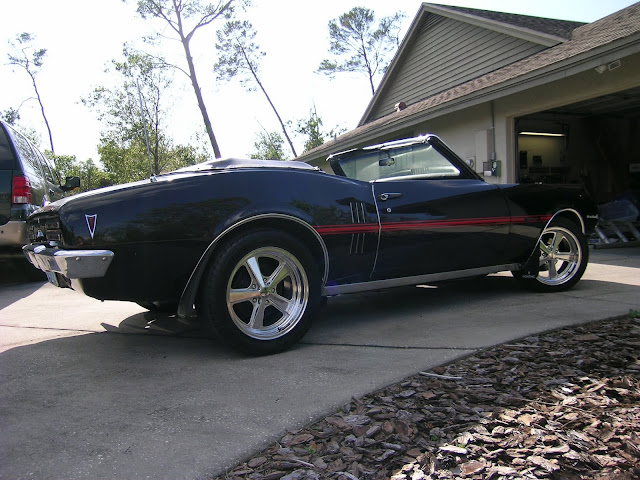 Later, the car went into storage as I remodeled my house (and added another garage!) – and somehow in getting in back from storage, I wiped a cam. Still don’t know what happened, but I replaced the cam, lifters, pushrods, timing set, and put it all back together. I fixed lots of small stuff (the wiring harness was badly hacked by the prior owner and always causing issues…) and took it to the Daytona Turkey Rod show in 2009 along with my youngest son, who was 7 at this point – He’s my little gear-head… 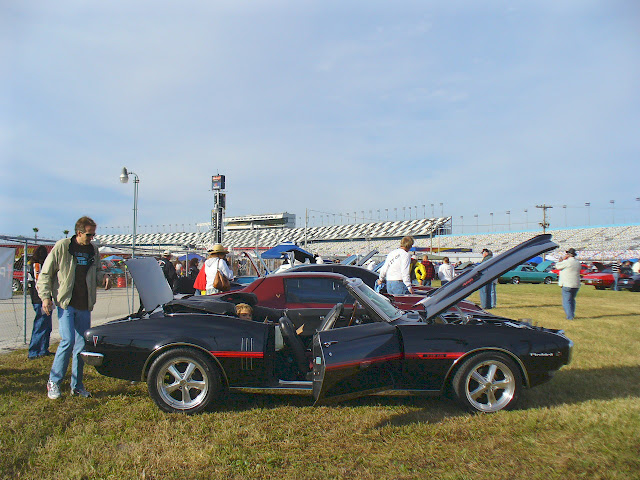 It was 35 degrees as we drove to the show that day – and for a Floridian, that’s too cold. I had no heat (it had never worked, I’d never really cared), and the hacked up firewall let cold air in (and hot air in the summer!), so I decided to start sealing things up. I pulled out the heater box, which was a hacked mess, and I found more hacked wires (this was getting to be a familar story!), so I started pulling things out to replace them. Next thing I know, the interior is out, the steering column is out, all wiring is removed, the front sheet metal is off, I’ve ordered a DSE firewall plate, and a vintage air setup. I then bought a welder and a plasma cutter and set out to learn to weld. This was mid 2010. 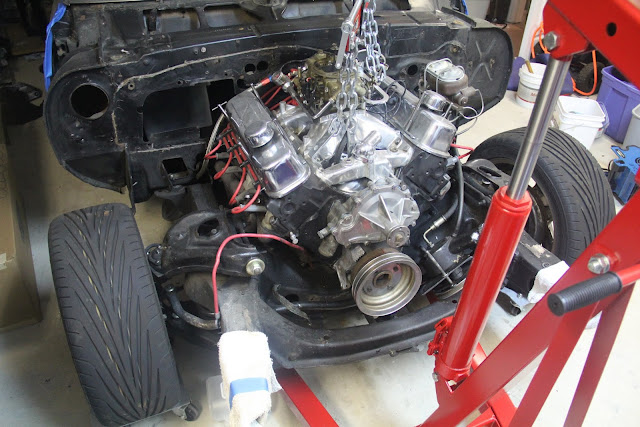 I’ve been busy with work, some local non-profits I work with, and a variety of other things. My boys are now 12 and 9, they are begging me to work on the car, so it is time to make some decisions about the end-point of this evolution, and get busy.

I purchased a copy of “How Cars Work” – and I’ve been taking them through each major part on the car – showing them in the book, then letting them go see it on the car. They had some general knowledge before, but it is time to let them actually get dirty and learn the real way. At the same time, I need to improve my own skills. I’m good at buying / bolting – but my fabrication skills need a LOT of help. The firewall welding scares me a bit, but I’m willing to try it, and then call in a pro if I make it worse 🙂

We cleaned a path to the car this past Saturday and I told the boys we’d accomplish something…my 12 year old says “let’s pull the driveshaft!”…and so we did. It was a little thing, but they got excited and I felt like I’d begun. The engine / transmission will be coming out July 7th / 8th, and then I’ll parallel task on the firewall closeup and the stock suspension rework next.

I’m currently reading “How to Make Your Muscle Car Handle” by Mark Savitske for the 4th time in as many weeks, and will be making some decisions soon. I’ll post my thoughts / logic here for comments soon. The front suspension mods are a given at this point. I’m still trying to keep myself from getting into the rear suspension this time around if possible, its a rabbit hole (mini-tub, wheels, axles, brakes, etc), and I think I’d rather get the car running again, then do that as a future project – even if the future is soon 🙂

Along the way, I’ll be rereading this to remind myself of a few things: