This year, the boys & I made gifts for family & friends. 2010 was the year of learning electronics and metalworking, so we came up with something that captured the spirit of both 🙂 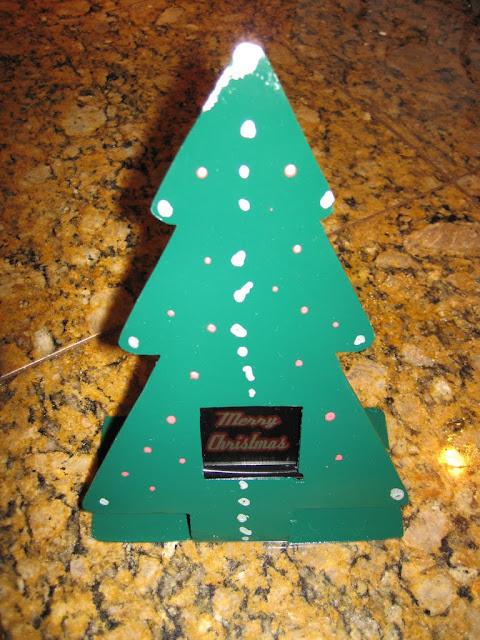 The LCD (which looks much better in person!) displays the holiday greetings, like this:

We made a few variations…the first batch were painted steel, most were painted aluminum, and one special one was polished (for my Grandmother…).

Most had the LCD greetings, but a few were made as simple decorations (like the polished one above).

The boys and I learned a lot while designing and building these.

In order to make them in quantity, we built a steel template for plasma cutting. I made it from 1/4″ steel (which was overkill in hindsight…) 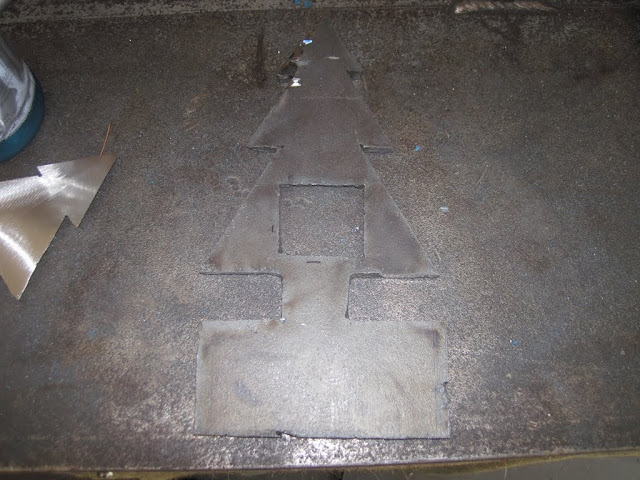 While building the template, I cut away too much of the top left “branches” so I had to weld it up and grind it back down. So, yes, this project did require welding 🙂

We plasma cut the first batch from steel, then sanded them with flap discs on the angle grinder. The below pics shows some of the steel batch…

We then put them in the vise between pieces of angle iron (learned that trick from a metal-working DVD) and bent them first by hand, and then flattened with an autobody hammer. 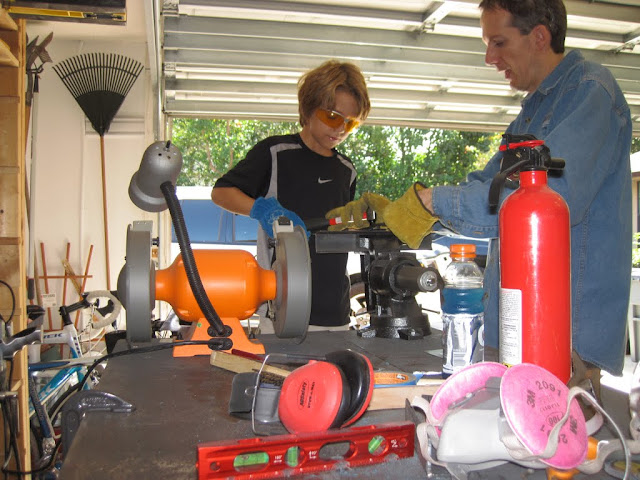 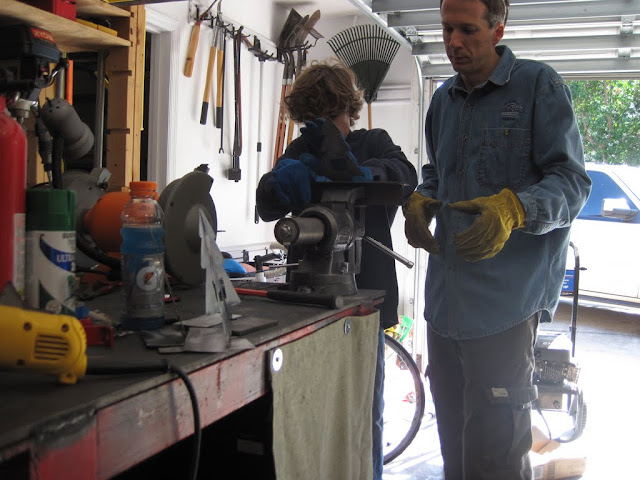 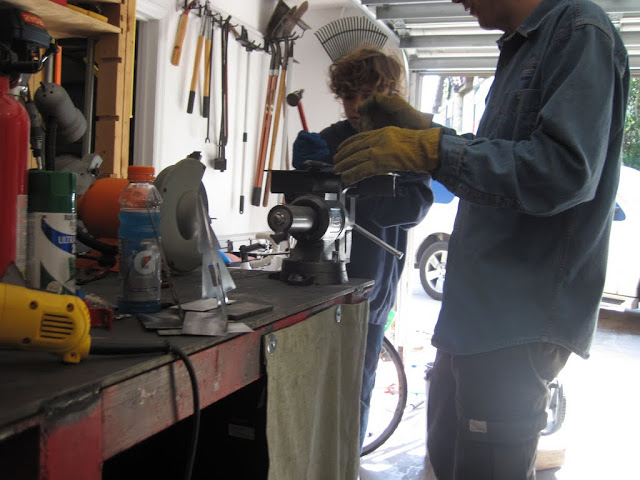 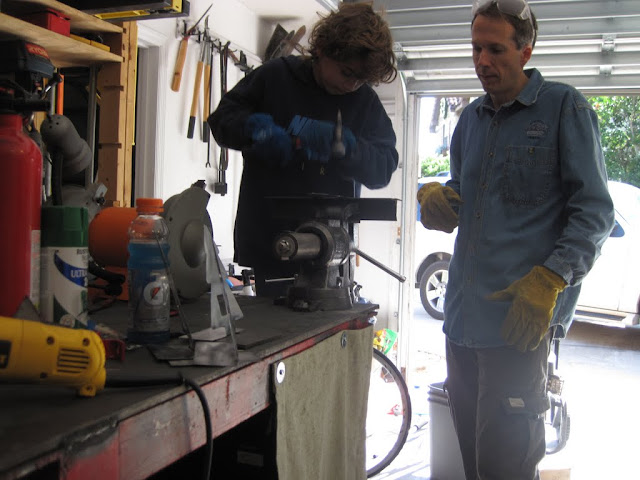 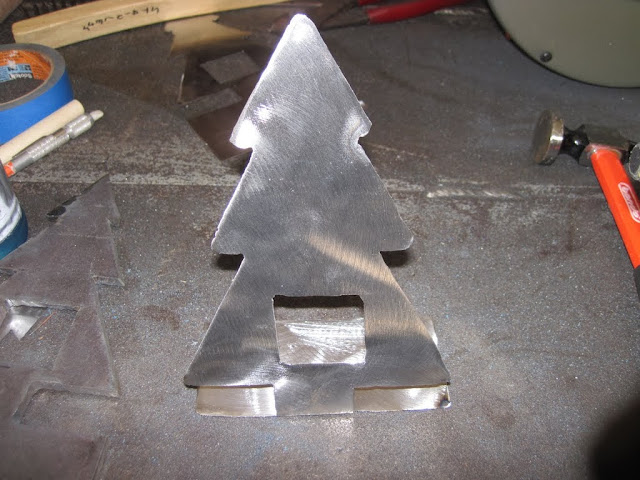 After the first batch, I found some recycled 1/16″ aluminum sheet at Skycraft (it was used for a prototype somewhere and had small holes all over the sheet), and wanted to try plasma cutting aluminum, so we switched to aluminum. It was much easier to work, so we stuck with aluminum. BTW, I did all the plasma cutting and sanding of the aluminum and I wore a respirator the whole time, so that no one was inhaling aluminum dust or direct cutting fumes.

After the trees were cut & bent, they received many coats of green spray paint. 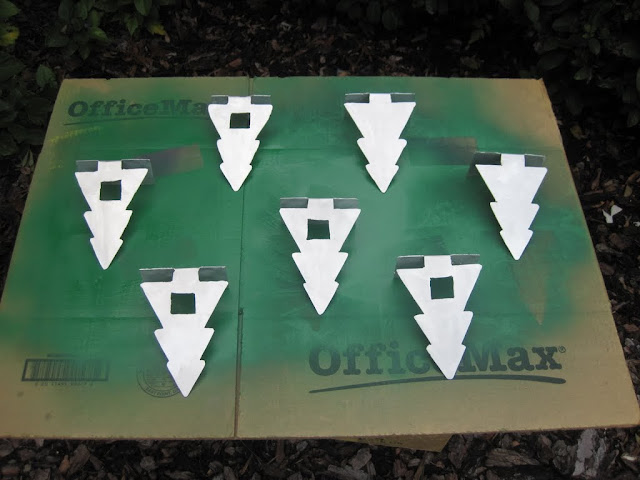 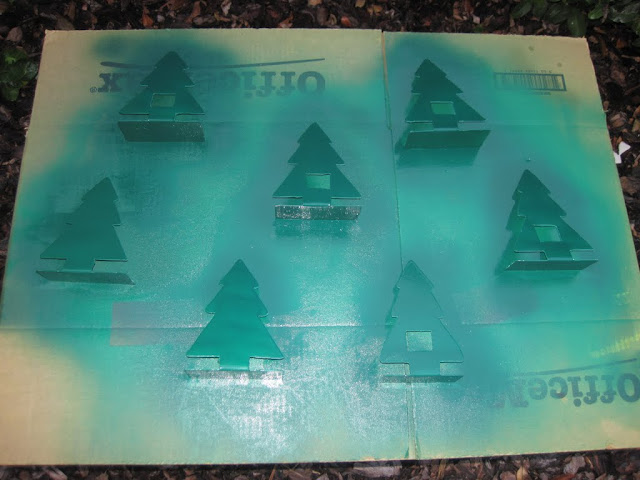 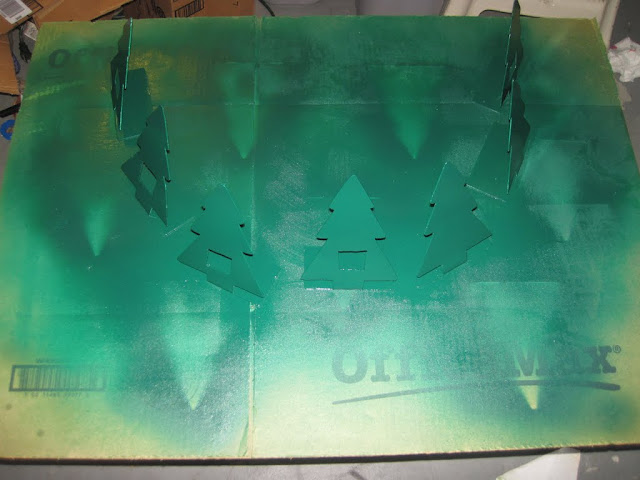 Then the boys hand-decorated the trees. 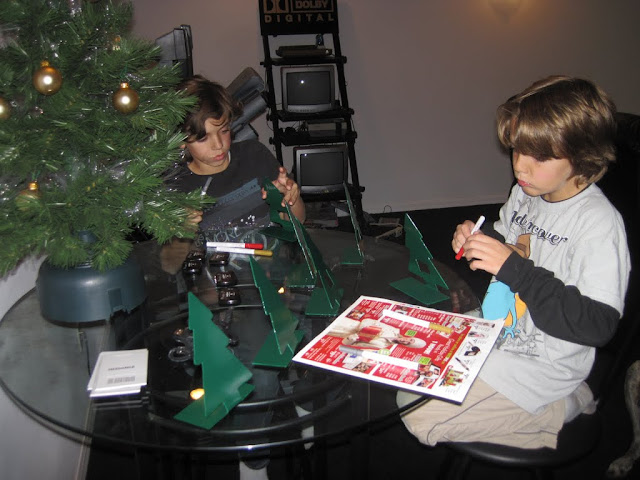 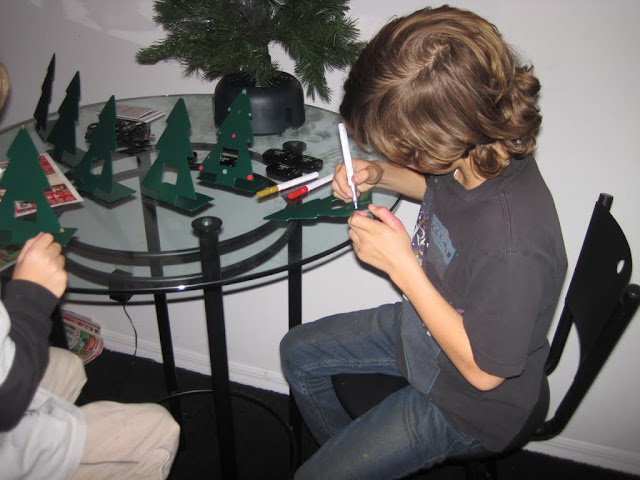 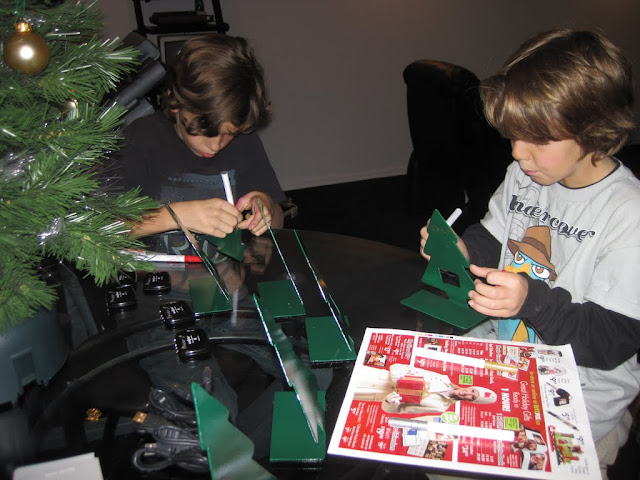 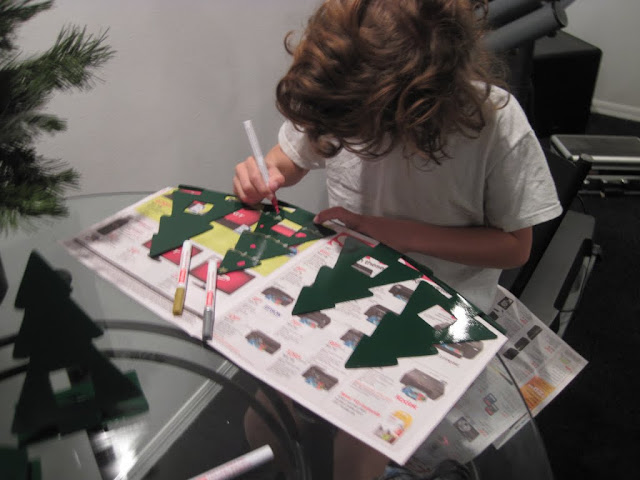 The LCDs (which are keychain picture frames from Best Buy) were charged, formatted (remove factory pics), settings updated (stay on for 30 minutes, don’t load the website when plugged in for charging), and the custom pics were uploads. The custom greeting pics were made with PicSayPro on my Viewsonic gTablet. It is a fun program for applying “stickers” and text onto photos (or blank backgrounds). The kids had a blast picking out stickers for these presents (especially the one for Mom, which will be another post…)

The LCD’s were attached with velcro so that they could be removed for charging if desired.

We then placed them in boxes for shipping or giftbags for local gifts.

We also made a dual-screen “JBT” desksign for Candy’s work gift exchange and a single-screen “MOM” desksign. We will post those later 🙂

I wanted to make & give more, but December was very busy, and we ran out of time. I still have 8 or 10 LCDs here, so we will have to find creative uses for them 🙂  (I’ve already had some special requests for custom desksigns…)

If you received one, and you are reading this, please post notes to the boys in the comments – many of them were given to people when they weren’t around and I’d like them to see the comments.

1 thought on “The Forest for the Trees”