>I’ve backed off the electronics design & testing for the last two weeks. I was in deep and needed a break. I’ve switched gears to disassembly on the Firebird. I’ve gone MUCH farther than I intended (as usual) and will likely keep going.

One of the next major projects on the Firebird is rectifying the swiss cheese firewall. The no-longer needed hole for the factory AC is a mess. It had been hacked in the past and the cover plate was gooped on. It wasn’t panel bonded or epoxied, it was soft, pliable black goop. Yuck.

I want to do it right, so I’ve ordered a filler panel from Detroit Speed (this is a common modification since aftermarket AC doesn’t go through the firewall) and now I’m learning to weld. Sure, I could use 3M panel bond, but what fun is that?!

Here are two pics of the major firewall hole… 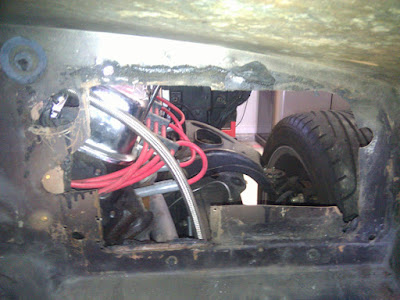 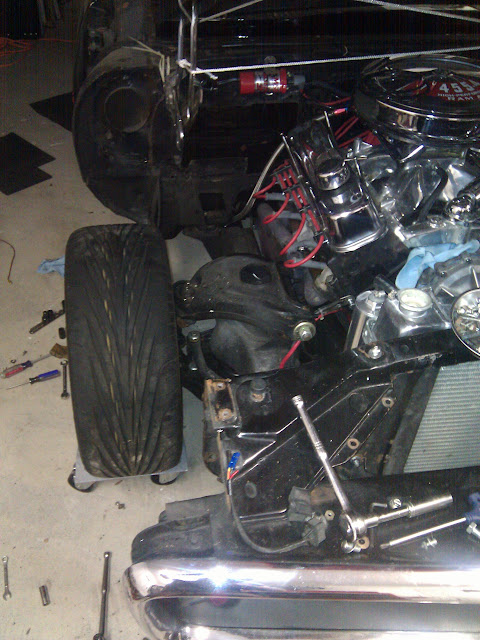 I also have some transmission tunnel cleanup work to do. I’ve started it with the cheap Harbor Freight flux core box, but I’ll wait for the real MIG box to show up before finishing it.

This is the “cover” the previous owner made to patch up the transmission tunnel. 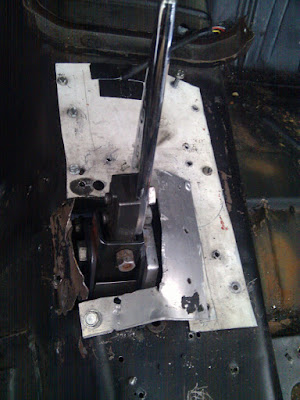 He not only hacked the tunnel, he left a ridiculous amount of holes… 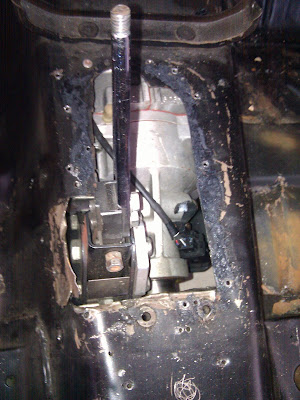 Here is the “after” shot from me filling (and grinding, and filling and grinding…) the holes… 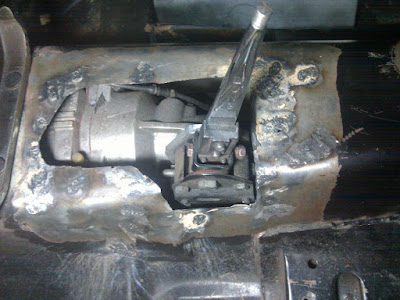 And the new “cover” made from 16 gauge steel… 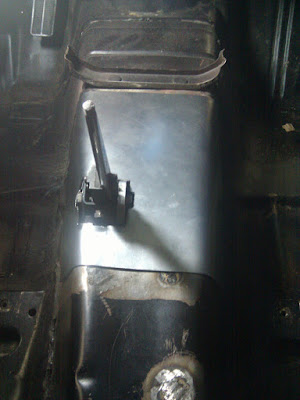 As usual, I’m trying to get the boys engaged in the process. I don’t think they understand yet just how cool welding is. My little guy went shopping for supplies last night AND he watched the GMAW (MIG) WIRE FEED video I purchased.

Here he is, ready for action! 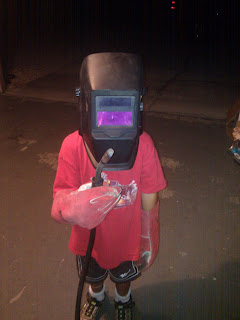 When I took him to the Lincoln Electric site to show him the welder I ordered, he saw that they make an Iron Man welding helmet. I didn’t have much choice on the design of my new helmet after that. I suspect I’ll have to fight him for it 🙂 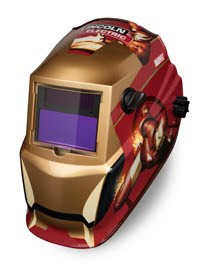 For those of you that are into such things – I’ve ordered a Lincoln Weld Pak 180, which is a 220v MIG welder. I also ordered the spool gun for welding aluminum and a cart. I will be purchasing an Argon / CO2 mix cylinder for welding steel and a pure Argon cylinder for welding aluminum. Yes, I know TIG is the fancy way to weld aluminum, but this was an easier (and cheaper) way to get started. I need to prioritize my ability to easily weld old steel bodywork and MIG is the way to go for bodywork. If I get decent at this, I’ll try TIG in the future.

I also think it will be MUCH easier to teach the boys MIG.